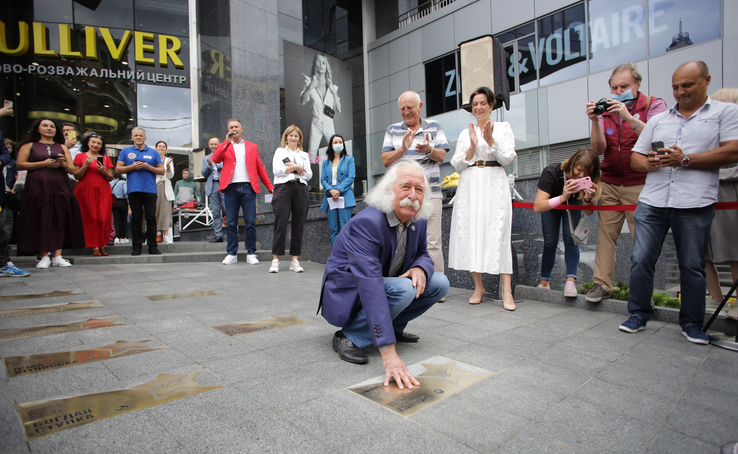 Ivan Marchuk, a living legend of Ukrainian painting, a world-famous artist, appeared on the Square of Stars, which is a symbol of recognition, support and popularization of national culture, art and sports. Laureate of the Taras Shevchenko National Prize of Ukraine, member of the Golden Guild of the International Academy of Contemporary Art in Rome. His name is among the hundreds of modern geniuses (according to the British newspaper The Daily Telegraph), who create a multidimensional image of the world and, ahead of time, determine the directions and prospects for the development of post-industrial civilization. The effect of his paintings on the viewer is compared to the action of 25 frames, which affects the subconscious and therefore is etched in the memory forever.

Ivan Marchuk himself was pleasantly surprised to learn that his star would appear in the center of the city on the "Square of Stars" and said at the opening: "I know how much the Ukrainian people love me. And I don't know whether to rejoice or cry, but I think I gave people this star pleasure. So that Ukrainians do not forget me, remember and respect me. "

As Tatiana Atadjanova, PR director of Gulliver, noted at the opening of the star: “Our project aims at a great educational mission. That is why it is very important for us that everyone who visits the Square of Stars learns more about Ukrainians who have achieved significant results in their field and glorify Ukraine. Therefore, each star has a QR code that leads to the project page and tells about the achievements of the winner.

On August 13, the legend of Ukrainian painting laid 45 stars on the "Square of Stars". On this day, several dozen fans of the genius' talent visited the Square of Stars. Among them is Svitlana Dolesko, director of the Center for Ukrainian Culture and Arts, who commented on the event: “Ivan Marchuk, as a person who has gone through exile, fame and recognition, deserves to receive such an award at this age and for his achievements. And I can definitely say that this star on the "Square of Stars" is very necessary not only for the artist, but also for all Ukrainians."

Stars on the "Square of Stars" appear as a result of several stages of selection: recommendations of the expert commission, namely representatives of Gulliver shopping mall, the public (NGO Joint Victory), Ministry of Youth and Sports, Ministry of Information Policy, media market experts (MusicBOX), city authorities (Kyiv City State Administration). Also: focus on the candidates' awards and recognition in the professional sphere, the presence of these figures in the media space and in popularity ratings, analysis of the reaction and opinion of people on social networks, public opinion polls and visitors to the mall. Based on the results, the commission makes a final list.

Also on the screens of the Gulliver shopping center (total area of ​​which is 1500 square meters) during the month will be broadcast part of the works of artist Ivan Marchuk "Genotype of Freedom". Among the works you can see: "The sun rose over the Dnieper", "Tell me the truth", "And the stars shone over them" and others.

Star Square was opened on November 14, 2015 at the intersection of Lesia Ukrainka Boulevard, Esplanade Street and Sports Square, at the entrance to Gulliver Mall. This is an all-Ukrainian social project aimed at supporting and promoting national culture, art and sports. In the city center, the stars of prominent Ukrainians, people who have achieved the best results in their work in three categories: "THEATER / CINEMA, MUSIC, SPORTS" are lit. Memorial signs located along L. Ukrainka Street, Esplanade and Sports Square. They are made of brass measuring 30 by 60 cm, have an indicator of the winner's contribution (cinema, music, sports) and a QR code that leads to the project page and tells about the achievements of the winner. Now Kyivans and guests of the city can come, see and take pictures with named "stars" of people who are considered famous in Ukraine, namely: Volodymyr Goryansky, Ada Rogovtseva, SKY and TNMK group, Nina Matvienko, memory star Bohdan Stupchenko and Maria , Victor Postol, Olga Lyashchuk, Alexander Abramenko, Olga Harlan, Darina Bilodid, Olya Polyakova, Akhtem Seitablaev and others. "Square of Stars" is designed to become a pride and reminder for every Ukrainian of the great achievements of our compatriots, to stimulate the development of the city and the nation as a whole, to become a cultural heritage for future generations. Become a public monument. 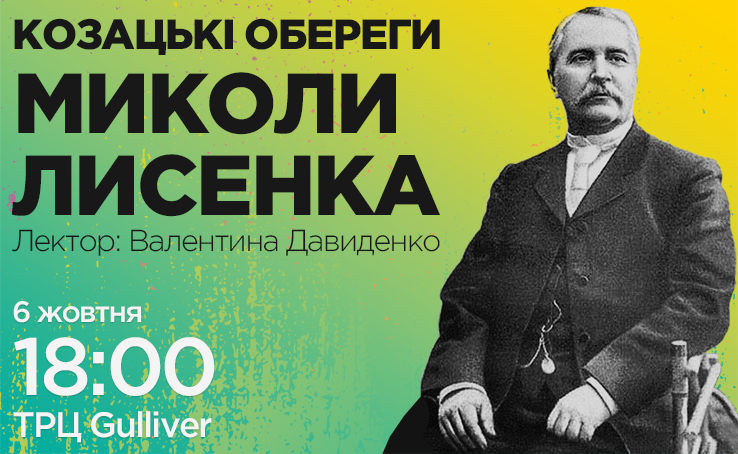